Ad Campaigns that shaped up the fateful 2020

The year 2020 has been a turbulant ride. It was the year of reconciliation, determination, persistence, patience, courage and above all the desire for survival. The global pandemic pushed us inside our homes and media became a source of not just entertainment but inspiration and advertisements played a vital role. We at checkbrand.online have compiled a list of eight impactful ad films of the most uncertain year mankind has ever faced. The onus of household chores in Indian societies falls completely on our women. Ariel's #ShareTheLoad campaign takes into consideration the unequal division of work at home which results in detoriation of sleep in almost 71 percent of women. The campaign encourages men to step in and share the load so that the rest and sleep of their partners are not adversely impacted. From "the best a man can get" to "the best men can be", Gillette has come a far way. A short film to address the #MeToo movement was created. Gillette also announced that they would be donating $1 million per year for the next three years for the movement. The campaign was a huge success to in terms of brand awareness. Within a week after launching the video, Gillette had gained over 1.5 million social media mentions compared to just 10,000 the week before. With fast food chains accused of using artificial preservatives and rival McDonald's rising sales. Burger King came out with an ad campaign which gained 8.4 billion impressions and a sales increase of 14% . The beauty of good food is that it gets ugly and Burger King successfully captured the notion. The ad also led to the increase in awareness of removal of artificial ingredients by 400% The global 2020 pandemic pushed us to the brink of a possible oblivion. If any brand campaign has ever captured the resilience, the determination and the will to survive, it is Nike. The ad is an amalgam of Gender Equality, Black Lives Matter, Equal Opportunity and a hope that light will be waiting for us at the end of the tunnel. The ad garnered over 50 million views with a message what we all have a collective responsibility to make this world a better place. We are and will always be #UnstoppableTogether. As part of Mahindra Group’s year-long 75th anniversary celebrations, the company launched the campaign to focus on gender equality along with skill development. As per reports over 1.6 lakh women have been skilled till date by Mahindra's initiatives.

The film was scripted by FCB interface. Chief Creative Officer, from FCB Interface, Robby Mathew, proclaimed, “Notwithstanding the pandemic and the economic slowdown, skills are the need of the hour. Both for businesses and for the youth. With this simple, emotional film we have tried to bring alive the socio-economic importance of skilling. Not just to sustain lives but to inject much-needed confidence and self-belief in the millions of youngsters in our country."

Indian Oil Corporation Limited  accumulated a total viewership of over 50 lakhs with this melodious advertisement. It takes into consideration the concept of diversity, where people, irrespective of their caste, colour and religion, come together and lounge in the happiness of togetherness in one country. The ad shoecases the spirit of India through the tagline #RangAnekPehchaanEk. 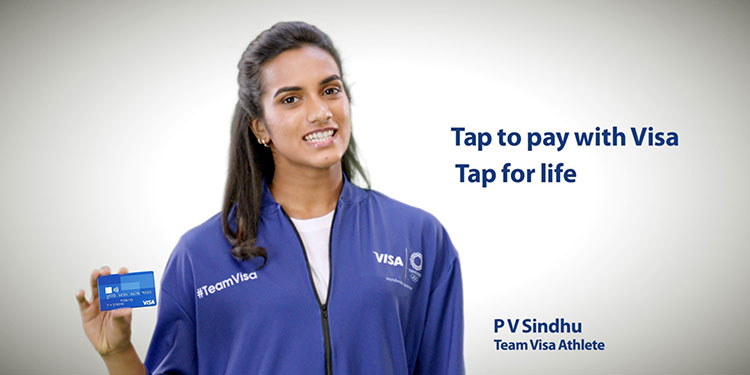 A well formed ad which focusses on Visa's new offering, new features and its new face PV sindhu. It is divided into three scenarios of daily life, starting from a grocery mart to a petrol pump and then finally a hotel. Sindhu is seen trying to pay her bills, but the nation shows its gratitude for her services by paying for her through the tap and pay feature of Visa Cards. The campaign garnered a 90 percent positive review with a tagline: You tap for India and we tap for you. As we sum up the segment, it would be worth mentioning the PSA's by the Government of India for the prevention of the Coronavirus disease. The Prime Minister's vision of 'Digital India' has pulstated well with the masses as the country has witnessed a significant rise in the overall digital sphere. Since the inception of the lockdown, the state mechanism has been active in the promotion of precautions and steps taken to battle the pandemic. It has definately been able to fulfil a great part of its objective with the tagline "Badalkar Apna Vyavahar, Karein Corona Par Vaar". What Is Digital Marketing And... What Exactly Is The #FarmersPr... Things You Must Know About Soc...