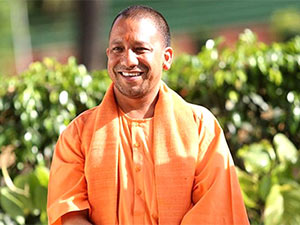 Yogi Adityanath is an Indian Hindu monk and politician serving as the 22nd and current Chief Minister of Uttar Pradesh, in office since 19 March 2017. He was appointed as the Chief Minister on 26 March 2017 after the Bharatiya Janata Party won the 2017 State Assembly elections, in which he was a prominent campaigner.
Facebook
Twitter
Linkedin
Instagram
Youtube