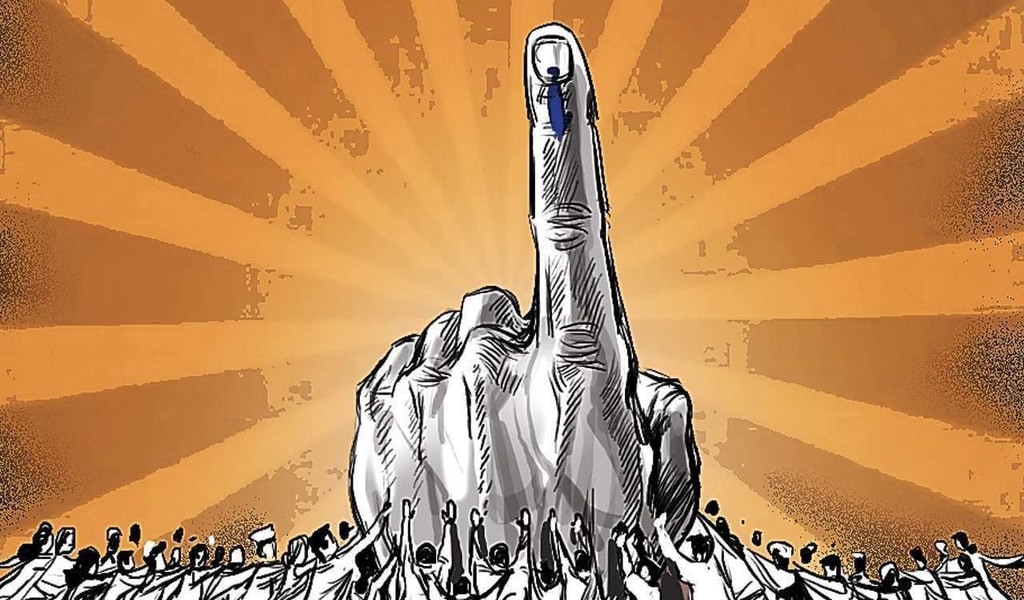 The Indian Republic at 71: Universal Adult Franchise was the boldest move

The spirit of "universal adult franchise", which qualifies Indians abover 18 years of ago to participate in the nation building process through the process of voting was engulfed into the psyche long before the independence was achieved.

The de-colonialisation process from the erstwhile British rule involved a number of bureaucrats at the Secretariat of the Constituent Assembly who initiated the undertaking of turning Indians into eligible voters. They did so in the midst of the partition of India and Pakistan that was tearing the territory and the people apart, and while 552 sovereign princely states had yet to be integrated into the newly formed India. The task was momentous but so was withhelding the principles of the newly formed constitution. However, not all agreed to this notion, H.N. Kunzru, the veteran freedom fighter and parliamentarian, appeared to be in sheer disagreement with the adoption of universal adult franchise. He agreed that property was ‘not a satisfactory basis of franchise. If a man does not pay a tax or does not live in house of a particular value, he does not thereby cease to be a citizen’.  But he was also very uncertain if ‘sudden expansion of the franchise that will be brought about by adult franchise will be helpful to the development of democratic ideas and that sense of discrimination and restraint on which the successful exercise of democracy depends’. Kunzru wanted a gradual expansion of the adult franchise, however, the majority of the constituent assembly vetoed against such views.

In order to encourage more young voters to take part in the political process, Government of India decided to celebrate January 25 every year as "National Voters' Day". It was started from January 26, 2011, to mark the Commission's foundation day.

The Preamble to the Constitution makes it clear that the source of sovereign authority is the people of India and that India is to be constituted into a "sovereign democratic republic". The term democratic is used to clarify that the Indian Constitution rests on the principles of democracy and on the will of the people. It is a republic and there shall be no hereditary monarch as its executive head.

Universal adult franchise is the basis of election to the Lok Sabha and the state legislative assemblies. Every citizen who is not less than 18 years of age has a right to vote without any discrimination of caste, race, religion, sex, literacy, or wealth.

The Prime Minister of India wished the citizens on the occassion of National Voters Day, throwing light on the contributions made by the election commission in this regard:

On the occassion of the auspicious event, the Election Commission has launched e-EPIC, the digital non-editable version of the elector photo identity card and can be saved in facilities such as digital locker and can also be printed in the PDF format. According to the PTI, ""Union minister Ravi Shankar Prasad will launch the e-EPIC programme and distribute e-EPICs and Elector Photo Identity Cards to five new voters,".

The idea behind this initiative is to make the card easily accessible to the people. Physical cards take time to arrive and are subjected to wear and tear. The initiative also co-incides well with the notion of Digital India.

For those who don't have their EPIC number or have lost it can obtain the same by searching their names in the electoral roll on http://voterportal.eci.gov.in/ or

http://electoralsearch.in/ and then proceed with downloading.

Meanwhile the nation seems to be rejoicing on the occassion, celebrating the ideals of a democratic order: The Voter's Pledge is a silent reminder for us to carry out our duties as citizens of the country and encourage the adoption of principles embibed in our constitution with the ultimate purpose of strengthining the democratic values: This year, President Ram Nath Kovind will participate at the ceremony virtually and will confer the National Awards for the year 2020-21 on the awardees.

The theme of this year's Voters Day is "Making Our Voters Empowered, Vigilant, Safe and Informed". The focus will also be on showcasing how the commission effectively carried out the voting process during the pandemic.

The National Voter's Day aims to encourage the participation of the masses to bolster the spirit of democracy, to ensure that every citizen has a equal part in the governing process, that every voice is heard and that every sector is represented.

Checkbrand team urges all its readers to register themselves for the Universal franchise and fulfill their duties as citizens of this great nation. Nitish Kumar’s Face-Off With B...