Famously known as the "Mama" of the Indian Politics, the Chief Minister of Madhya Pradesh, for three consecutive times in the past, and also a Member of Legislative Assembly from Budhni. Shivraj Singh Chauhan celebrated his 62nd birthday. Several eminent personalities expressed their gratitude and congratulatory messages on the social media platform twitter:

On the occasion, Chief Minister Shivraj Singh Chouhan planted a sapling at his residence in Bhopal. 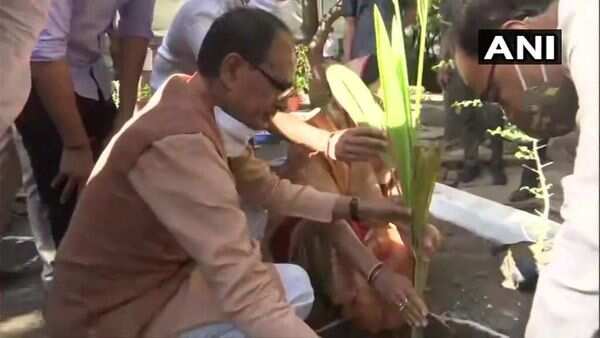 Shah said: "Wishes to Chief Minister of Madhya Pradesh Shivraj Singh Chouhan on his birthday. With such dedication and dedication, you should continue to work for the welfare of the people and the development of the state. I pray to God for your good health and long life."

Planting the tree, the CM proclaimed: "I have decided to plant a sapling daily to continue this social campaign. I urge all to plant more trees to save the environment," he further stated. Shivraj Chouhan has been the chief minister of Madhya Pradesh since the year 2005 except for around 15 months following the BJP's defeat in the 2018 state Assembly polls. However, he later returned to power after defections from the Congress and then led his party to a convincing victory in the bypolls warranted by the resignation of several Congress MLAs.

To keep yourselves updated with the latest political trends like these, keep reading Checkbrand. Protests In Argentina Over VIP...